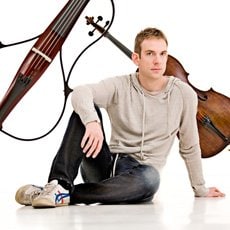 Highlights of his 2009/2010 season included performances with the Concertgebouw Orchestra under Mariss Jansons, Bayersicher Rundfunk Orchester with Welser-Möst, City of Birmingham Symphony Orchestra and Sydney Symphony, a U.S. tour with the Salzburg Mozarteum Orchestra and a return to the Cleveland Orchestra’s Blossom Festival. He also performed the Suite from Memoirs of a Geisha with John Williams conducting the Los Angeles Philharmonic, marking his fourth appearance with the orchestra. Other previous engagements include appearances with the Cincinnati, St. Louis and Seattle symphonies, Royal Liverpool Philharmonic and BBC National Orchestra of Wales. Johannes is quickly gaining a reputation for his exquisite performances of lesser-known repertoire. His passion for new music has brought him much attention from leading conductors such as Boulez, who invited him to make his U.S. debut with the Chicago Symphony on the Rands Concerto. Johannes also has a passion for the electric cello which he uses to explore new possibilities in sound as well as for improvisation. This has inspired a number of composers to write for this instrument, mainly in combination with electronics.

Johannes is especially committed to reaching out to young audiences, from kindergarten to college and beyond. In January 2010, he traveled to six cities across America with toy pianist Phyllis Chen in “Sounding Off: A Fresh Look at Classical Music”, conducting outreach activities on campuses and performances in alternative venues, culminating at Le Poisson Rouge, New York’s leading venue for eclectic gigs. With the aim of presenting contemporary classical music in terms with which young adults can connect, the program featured both traditional and experimental repertoire, performed on a variety of instruments such as traditional piano and cello, prepared piano and cello, toy piano, music box and electric cello.

A dedicated chamber musician, Johannes has played concerts with Midori and friends at Lincoln Center and the Kennedy Center and joined Midori and Jonathan Biss on a tour of trio concerts in Europe. He has also performed at many festivals including the Verbier, Schleswig-Holstein, Gstaad and Kissinger festivals, the Mehta Chamber Music Festival and the Colorado and Brevard music festivals. Johannes has received two ECHO Klassik awards for his recordings on Hänssler Classics. His concerto debut disc, which features the complete works of Saint-Saëns for cello and orchestra with the Stuttgart Radio Symphony Orchestra, was honored as one of Classics Today’s Top 10 CDs of 2008. His sixth album, due out in summer 2010, features works by Britten, Bridge and Bax.

Born into a musical family in 1979 as a dual citizen of Germany and Canada, Johannes began studying the cello at the age of eight and became a student of Professor David Geringas in 1997. He was the top prize winner at the 2002 Tchaikovsky Competition, in addition to being awarded the Special Prize for his interpretation of the Rococo Variations. 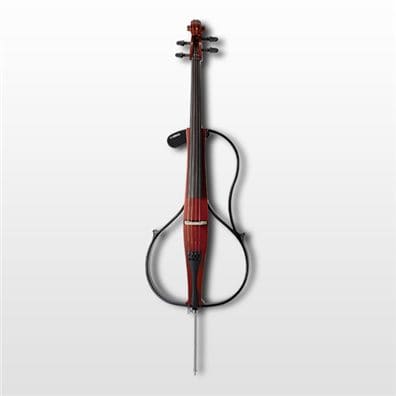 The SVC110 was created in cooperation with some of the world’s greatest cellists – a fact that is reflected in its extraordinary warm tone and playability.