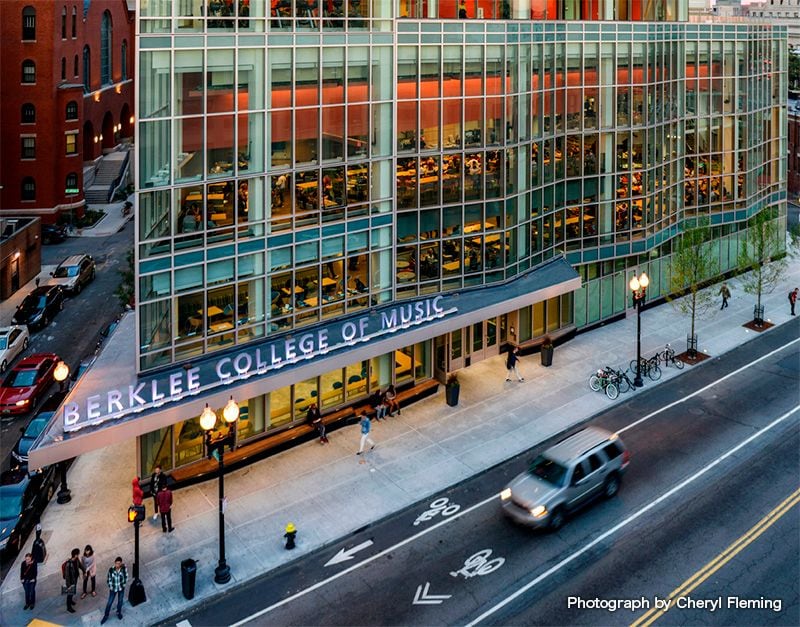 Berklee College of Music, one of the most respected music and performing arts colleges in the world, has partnered with Steinberg to integrate the music software company's Cubase 10 digital audio workstation (DAW) software into its curriculum.

Beginning this fall term, Berklee's Film Scoring Department will introduce Cubase 10 into both its on-campus course offerings using 100 licenses provided by Steinberg, a wholly-owned subsidiary of Yamaha Corporation, the world's largest musical instrument manufacturer. Faculty members spearheading the software's introduction cited its suitability for a learning environment, along with movement in the DAW market showing Cubase trending as an increasingly influential contender, as primary drivers for selecting Steinberg.

"It's a great piece of software, a really powerful tool," said Sean McMahon, incoming chair of the Film Scoring Department at Berklee. "Cubase does a great job of getting out of the way and allowing a composer to be creative. Secondly, it seems the industry is moving more and more toward Cubase, and for that reason alone it's worth switching; it's important to be compatible with peers."

Initially the software will be incorporated into Berklee's student labs, studios and learning resource areas, and made available to the school's faculty and support staff. In the next phase of integration, Cubase will be used by and taught to students in the Film Scoring Department as their principal instrument of composition. As these first steps take hold, the College expects to grow the initiative's footprint and to secure additional Cubase licenses. Berklee will also be considering a similar curriculum expansion at a later date involving the integration of Cubase with Dorico, the musical notation software suite from Steinberg.

The initiative follows months of face-to-face collaboration with Steinberg and planning within the College. "This is really a historic event for us, a real sea change," McMahon added. "We've never made such a dramatic switch in the main tool for our students since we've been using DAW or sequencer software in our curriculum, so this is a big first for us."

Nithin Cherian, product marketing manager for Yamaha Professional Audio, remarked, "It's rewarding to be part of molding the next generation of recording and composition professionals, and music education has always been a crucial component of the Steinberg mission. An institution as respected as Berklee College of Music is an ideal partner in this objective, and we're gratified they have selected Steinberg as the DAW best suited to prepare their students for the professional world."