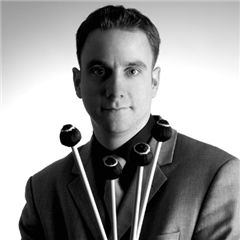 Joerg Fabig was born in Frankfurt/Main on 13th of April 1972. After school he started his studies of mathematics and physics at the University of Frankfurt/Main. Later he studied music at the Johannes-Gutenberg-University at Mainz with Walter Reiter and Juergen Friedel, finishing as a Diplom Musiklehrer (Music Instructor).

He was teaching at several music schools, his students and especially percussion ensembles took part in competitions like "Jugend musiziert" very succesfully. He now works at the Staedtische Musikschule Aschaffenburg and the Robert Schumann Hochschule Duesseldorf as percussion instructor.

Since march 2008 Joerg is also vicepresident of Percussion Creativ e.V., wich is the most important organization of german tongue percussionists.