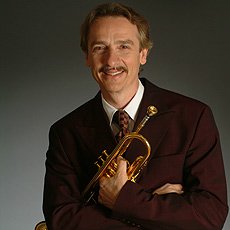 Trumpeter Allen Vizzutti is a versatile performer and composer best-known for his jazz prowess, although his work in the classical realm is also fairly extensive. Born in Montana, Vizzutti was turned on to the trumpet by his father, who also played the instrument. He subsequently attended the Eastman School of Music, where he earned his bachelor's and master's degrees. Vizzutti moved to Los Angeles during the '80s and began a career as a session musician, performing on a plethora of film, TV, and commercial soundtracks. He also backed Chick Corea and played on sessions for Frank Sinatra, Barbra Streisand, Neil Diamond, and Prince, among others. Vizzutti subsequently joined Doc Severinsen's Tonight Show Band, and co-produced the band's first-ever album in 1986; the record won a Grammy for Best Big Band Recording. Vizzutti also performed with Woody Herman and Chuck Mangione, among others.

As for his solo career, Vizzutti appeared with numerous symphony orchestras around the world as a classical soloist, sometimes performing original compositions like his "Emerald Concerto" (later recorded with the Budapest Symphony Orchestra). He also performed at prominent jazz festivals such as Newport and Montreux, generally in a pop-tinged fusion context. Vizzutti has composed for both classical and jazz groups, including works in the latter idiom designed for younger students. Augmenting his continued work as an educator at various universities and music schools, Vizzutti published an extensive book, titled The Allen Vizzutti Trumpet Method. Vizzutti's jazz recordings of the '90s include Trumpet Summit and Skyrocket (both for the Summit label) and two self-titled albums, one for Domo and one for Head First. His classical albums include Emerald Concerto and Other Gems and the classical/jazz blend High Class Brass as well as many others. 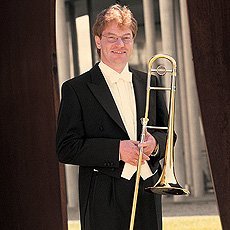 Ingolf Burkhardt about his Yamaha instruments : For me, the direct response and the way the notes fit into place are just fascinating - this makes it possible to play fast passages precisely and with ease. This means: start playing - feel good 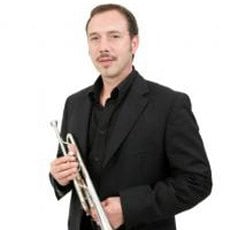 Manu Mellaerts started his musical education at the Academy in Tienen.